What is an unConference?

Home » What is an unConference? 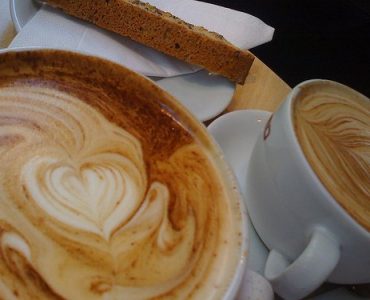 unConferences have been breaking onto the business scene for a few years now, but came to my notice only in 2009. (I’m having light palpitations after starting a sentence with a small letter, but all for the sake of informing learning entrepreneurs.)

BizCamp Belfast is one such species. What is an unConference? Cool and trendy? Anarchy? Chaos? Read on…

So, what is BizCamp Belfast?

BizCamp Belfast should not be confused with its sister unConference, BarCamp Belfast. BarCamp is more closely aligned with technical types, developers, those who develop iPhone applications for example. Having attended both versions, I found BizCamp Belfast of more use, chiefly due to the largely non-developer nature of the majority of the talks.

BizCamp Belfast is a user-generated business unconference for entrepreneurs, innovators and startups to share and learn in an open environment.

How is it Different?

BizCamp Belfast and unconferences of this ilk remove barriers to entry. Entrepreneurial giants sit alongside newbies. The vibe is decidedly non-starry, welcoming, chilled and nurturing. I thank Sharon for allowing me to indulge her on the day with my enthusiasm for virtual office and open, incubator spaces. 🙂

Busting Loose from The Business Game You learned the rules and you’ve been faithful to them, thinking you can win. But you can’t really win the Business Game, because it’s designed to be unwinnable – that is as long as you play by the rules you were taught. The only way to truly win is to bust lose from the “old” game and start playing new game with a new set of rules.

Based on the book, “Busting Loose from The Business Game” by Robert Scheinfeld

I will show you why FEAR is a bottleneck on your road to success. More specifically fear of failure and self limiting beliefs.

These two factors above a lack of marketing knowledge or organisational development are the real knives in the back of your business success.

When “Fear of Failure” becomes “Let’s Do It!” and “Self Limiting Beliefs” become “Self Empowering Beliefs”, that’s when success really happens.

Then and only then do business owners focus on their business and personal goals instead of focusing on their problems.

I am a Business Psychologist specialising in Performance Improvement, Training & Development & Change.

I also attended two talks by Liam McGarry from McGarry Consulting/Wee Man Studios and Rory O’Connor of The Creativity Hub.

If you attended BizCamp Belfast this month, add your thoughts in a comment.

Feel free to click around the many links in this post to find out who attended and what they do. Alternatively, get in touch for a chat. Who knows, I may be able to persuade you to attend the next one.

9 thoughts on “What is an unConference?”