The Internet and Depression

Home » The Internet and Depression 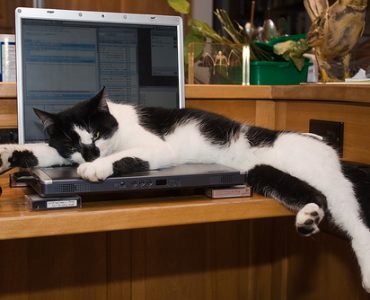 Readers of this blog will know that we have an interest in the topic of depression and mental well-being. Among other things, Dawn and I run training sessions for the local anti-depression group Aware Defeat Depression, and I run workshops on positive psychology (NOT positive thinking).

The mention of TV got me thinking. It’s true of course that when you’re on the internet, you are watching the same sort of screen as when you’re watch TV. The mind is performing the same kind of activities, especially if you’re using the internet to watch video clips or play games. So is there a link between TV addiction and depression?

It took me about 5 seconds with Google to find an answer in the affirmative. Research last year by the University of Pittsburgh and Harvard Medical School found that ‘the amount of time teenagers watch television increases their risk of becoming depressed as an adult’. Another study by the university of Maryland claims that ‘happy people read and socialize while unhappy people watch TV‘. It was Csikszentmihalyi who first pointed out to me that the average mood while watching television is mild depression and apathy!

An interesting question is, What is the opposite of depression? Health and happiness, yes, but what do these look like? One possible answer is engagement (which is in part what Csikszentmihalyi means by flow). Engagement with what? With real people, with the natural environment, with productive achievement, with bodily exertion, with all our senses, with goal-directed effort, with future plans and prospects. In a word, with life!

No doubt the internet can become an aid for life or a tool in life. The problem I believe rises when it become a substitute for life. Sometimes the internet deliberately offers us a second version of reality (as with Second Life). At other times we can slip into using it in this way, as it eats up more of our time and priorities until we cannot spend a day without it.

Possible acid test – do you take your laptop and dongle with you on your holidays? If so, please return to the start of the blog and read again…

3 thoughts on “The Internet and Depression”