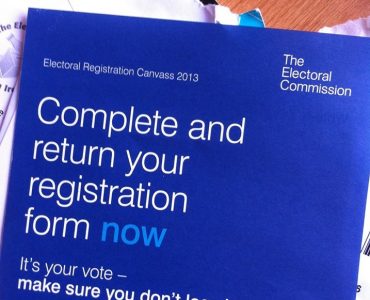 This week I revieved my electoral registration form, as you can see from the picture. I’ll fill it in and send it away because I’m interested in politics and acknowledge its power, while increadibly frustrated as to how it is conducted. So in the spirit of constructive criticism, I’ve decided to start my own alternative party called The First Jedi Party.

Who out there would vote for me?