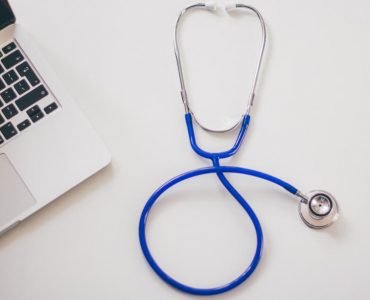 On 11 August at 10:30 am, I ‘ll deliver a free mini-workshop: Mental Health for Entrepreneurs.

This topic hasn ‘t received much attention, despite the fact that its two constituent parts mental health and entrepreneurship certainly have.

A quarter of small business owners fall mentally ill due to burnout. Half of all entrepreneurs deal with at least one mental illness.

This workshop will explain why and examine practical strategies to ease and energise the business brain.

The first of these stats was covered in a Guardian article towards the end of last year, with the headline that business owners struggle to ease work-life imbalance. This is hardly breaking news! But the article did point to some serious research conducted in the same year by Simply Business which showed, among other things, that a quarter of the business owners surveyed have fallen ill due to stress and overwork.

Part of the problem rests with certain aspects of entrepreneurial culture, especially the ‘sleep faster’ startup culture, the pressure to succeed, and the notion that business failure is equivalent to personal failure. This often leads to self-worth issues, anxiety, and devastating depression. So there is plenty of evidence to suggest a connection between entrepreneurship and mental health conditions, and even that entrepreneurship itself can become addictive!

As well as taking a look at some of these statistics and symptoms, my workshop will explore what lies behind them, which is, an entrepreneurial mindset that brings with it great dangers as well as advantages. The main thrust of my workshop will be to suggest ways to transform the dark work-ethic of entrepreneurship into a play-ethic that protects mental health and promotes business success at the same time.

Why Am I Talking About Mental Health for Entrepreneurs?

My qualifications for speaking on this topic are professional and personal. I ‘ve lead courses in Positive Psychology at local universities and taught young people in our schools as a trainer for Aware. I ‘ve started and run my own business for almost a decade. I’ve had a long interest in the relationship between mental health and creativity. And I ‘ve experienced debilitating mental ill health first hand.

The location will be The Foundry, a coworking space established by East Belfast Enterprise, built with start-ups, entrepreneurs and small businesses in mind.

The session will last for 1.5 hours, including introductions and Q&A.

This workshop will enable entrepreneurs and business owners to start a conversation about their mental health. I look forward to meeting you there.

I ‘m glad that research into this field is rising, with PhD opportunities now available for study into Understanding and Enhancing the Health and Wellbeing of Entrepreneurs .

Also, a number of websites and projects have recently arisen that are dedicated to mental health for entrepreneurs. Here a selection of them.

Two years ago I wrote a blog called He’s Nuts! No, He’s A Genius! about how creative minds mimic certain mental illnesses like schizophrenia. I think you might be interested to know that more research has been forthcoming on this tantalising topic. Specifically, a new large scale study has revealed a definite link between creativity and mental illness. Medical News Today puts it like this.

“Individuals who work in creative fields are diagnosed and treated with a mental illness more frequently than the general public, showing an important link between writing and schizophrenia… Analysis provided evidence for the researchers’ prior report, that bipolar disorder is more common in all individuals with artistic or scientific jobs, including researchers, dancers, photographers, and authors. The majority of the other psychiatric diseases, such as depression, anxiety syndrome, schizophrenia, and substance abuse, were more prevalent among authors in particular. They also had a 50% higher chance of committing suicide compared to the general public.”

This story originated in the Journal of Psychiatric Research. The research paper was entitled, ‘Mental illness, suicide and creativity: 40-Year prospective total population study’. An abstract can be found and read here.

All this reminds me of three other concepts in which heightened mental power and mental health may meet.

Hypomania -Literally meaning ‘below mania’ this is the mildly elated state between lifeless apathy and crippling anxiety. People in this state are perceived as being energetic, euphoric, overflowing with new ideas, and sometimes highly confident. They might also seem immune to fear and doubt and have little social inhibition, talking to strangers easily, offer solutions to problems, and find pleasure in small activities.

Eustress – Literally Meaning ‘good stress’ this is a positive type of pressure in which we are finely balanced between distress of low arousal (‘boreout’) and the distress of too many demands (‘burnout’). Our ability to find this balance depends on whether we look at stressors as threats or challenges. When facing a challenge in the future, it can easily turn into anticipatory anxiety.

Hyperfocus – This not only means intense concentration on a narrow field of focus (somewhat similar to optimal experience or ‘flow’). It may also be related to a clinical condition in which a person finds it difficult to switch between tasks and activities.

So then, is he nuts or is he a genius? Both it seems, depending on the balance, the mood, the context. And maybe at the same time too. 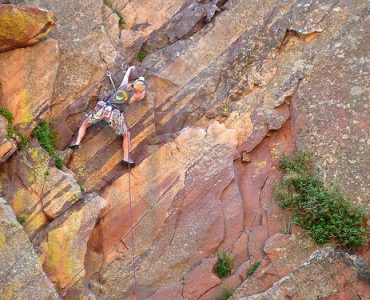 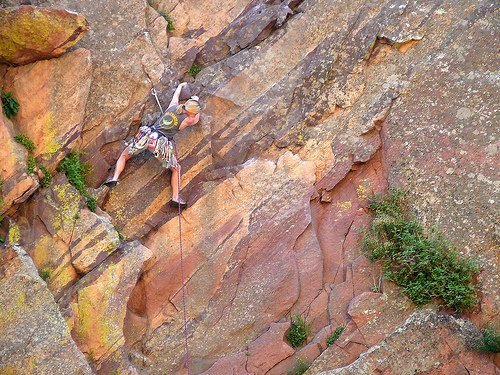 Maybe you’ve heard the saying: What doesn’t kill me makes me stronger. At first flush it seems like nonsense, while sounding sort of cool. If someone almost stabs you to death, surely that makes you weaker?

END_OF_DOCUMENT_TOKEN_TO_BE_REPLACED 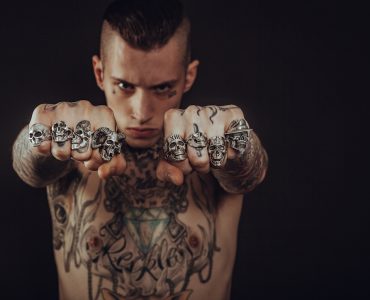 A study at Harvard Medical school has discovered something interesting. Anger has a place in the workplace. As reported by the BBC, the findings include the statistic that “those who repressed frustration were three times more likely to say they had reached a glass ceiling”. Those who deny their reality of their anger defeat attempts to control it, and miss out on the focused attention that it brings. The trick is to express anger in the right way and learn to harness the power that it can bring.

This seems to contradict earlier reports that ‘those with low anger control produced higher levels of the stress’ and even slowed down our bodies ability to heal itself. So which is anger – friend or foe?

Learn How to Express Anger in the Right Way

Like most problems in life, so with anger: it ain’t what you do, it’s the way that you do it. Anger is inevitable. To deny it is to deny reality. But to stoke it up is to ask for trouble. The answer is to express it in the right way and turn it to our advantage. I can think of three ways to do this.

There are two other, less known ways you might want to consider. They don’t have to do with anger directly, but with all negative energy.

From this perspective, anger itself is a morally neutral emotion, neither good or bad. It’s what you do with it that counts. Like the Incredible Hulk, anger is a terrible force that you can use for good. As long as you remember that you have to turn back into Bruce Banner again…

If you need help with managing you or your team’s Hulk moments, or need to know how to enable Bruce to express his anger in the right way, get in touch.

On December 9th (Belfast) and 10th (Dublin) I spoke at the Christmas Event of the Institute of Internal Auditors (Irish District Society). It was an exciting and challenging experience, since I’ve never done anything quite like it before. But the feedback from both events was excellent, with participants sending me emails of appreciation and request for more information.

Like the title of this blog, the presentation was called Star Wars Goes to Work. My subtitle sheds a bit more light on the content: How to Use Jedi Mind-Tricks in Your Job to Get Your Way, Become Indispensable, and Stay Sane. In it I offered tasters on topic like assertiveness and empathy at work ( how to get your way ), creativity and concentration ( how to become indispensable ), and emotional self-care and control ( how to stay sane ). END_OF_DOCUMENT_TOKEN_TO_BE_REPLACED

This title is the subheading of an excellent BBC News Magazine article on the problems we face getting some thinking time. It ‘s fine for us to extol the virtues of ‘thinking smarter, not harder ‘. But how do you claim the spare time necessary to do this? Alan Connor gives five suggestions.

Choose your moment
Take a proper lunch break and go somewhere outside the office. Only work when you get paid. No more eating al desko .

Choose your location
Use places and situations you find yourself in every day. Mountaintops are not necessary. Try your shower or car instead. END_OF_DOCUMENT_TOKEN_TO_BE_REPLACED

Sherlock Holmes is one of my heroes. I ‘m fascinated by stories with idiosyncratic characters. When I first read A Study in Scarlet, a previously unformed notion became crystallised in my mind, specifically, from Dr Watson ‘s first impressions of the world ‘s greatest detective.

His ignorance was as remarkable as his knowledge. Of contemporary literature, philosophy and politics he appeared to know next to nothing. Upon my quoting Thomas Carlyle, he inquired in the naivest way who he might be and what he had done. My surprise reached a climax, however, when I found out accidentally that he was ignorant of the END_OF_DOCUMENT_TOKEN_TO_BE_REPLACED

The Mind Gym: Wake Your Mind Up

Mind Gym is less of a book, more of a personalised programme. It started life as a series of mini-workshops that each focused on a different area of applied psychology. In the beginning they were held in health and fitness centres but are now in organisations for staff. The underlying philosophy is that great mental science should not be hidden in complex academic papers but should be available for everyone. Mind Gym’s approach assumes that we can choose how we think, we can all improve and that intelligence is multi-faceted. END_OF_DOCUMENT_TOKEN_TO_BE_REPLACED

Hyper-choice: Decision-Making in a World of Alternatives (OLE0138)
1-day workshop on Saturday 24 November 2007

One of the greatest pressures in modern life is making choices.

There are so many options available, whether in ethics or politics, personal or work life. In this course you will discover your decision-making style and what assumptions shape your choices. You will learn simple decision-making techniques and models for every situation.

Men From Mars: How to Survive on a Strange World (OLE0139)
1-day workshop on Saturday 27 October 2007
Many courses explore woman ‘s issues. This unique course is designed for men. END_OF_DOCUMENT_TOKEN_TO_BE_REPLACED

The realities of modern work life flatter structures, tough workloads and the need to exert influence across traditional boundaries ensure that assertiveness skills are not an optional extra. Aggression is unacceptable; passivity is ineffective. END_OF_DOCUMENT_TOKEN_TO_BE_REPLACED

See below for course descriptions. END_OF_DOCUMENT_TOKEN_TO_BE_REPLACED