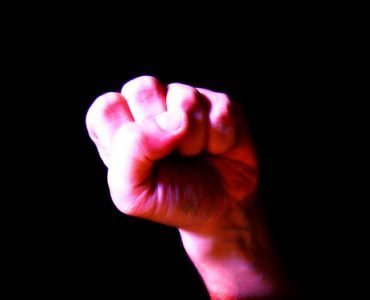 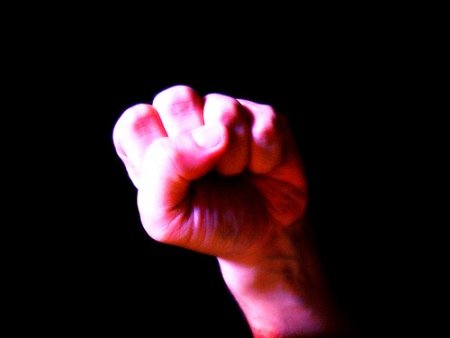 Indian sex workers learn karate says the title of the article. I am unimpressed.

Prostitutes in an Indian state have started taking karate lessons to help protect themselves against violent pimps and ‘customers’. If you go to the article, there is a short film of them in training. Natural feelings of sympathy for their plight are compounded. The training will serve them poorly.

On Saturday 23 May 2008 I delivered a 1-day workshop called Streetwise: How to Protect Yourself Against Aggression. The vast majority of those there were woman. Half of the day was spent explaining the difference between aggression and assertiveness, and training students in the art of using assertive words and body language in situations of conflict.

In the second half of the day we got physical. With the help of my colleague Matthew Arrell we demonstrated some basic moves in self-defence.

Real self-defence is not a sport or even a system. It is basic. It is not for the squeamish.

(1) ‘Hit and run’ – Your task is NOT to get involved in a brawl, but, if attacked, to overpower the aggressor with massive force and get the heck out of there.

(2) ‘Hardest to Softest’ – Forget about the fancy kicks and blocks of Hollywood lore. Forget also about the grips and locks of some self-defence books. They are worse than useless; they will put you in danger. Palm strikes to face, palm slaps to the ears, eye strikes, use of knees and elbows – these are the tools of the trade.

Above all, I emphasise that awareness is everything. Ninety percent of self-protection is personal security.

If it comes to violence, then something has usually gone wrong. You have allowed yourself to be put in that situation. So we trained our class in threat awareness, how to spot the danger signs, how to keep mentally alert, what situations to particularly watch out for, and how to reduce risk to yourself. This is more important than any amount of pseudo Bruce Lee type training.

One of the best teachers of real self-defence around today is an English chap called Geoff Thompson. (He’s now also an author and playwright of some repute.) See him in action teaching his famous ‘fence’ technique here.

We’re planning to start up our own short courses on self-defence for woman in the near future (at the request of some of the students).

There is a gap in the market for this. People don’t want martial arts training that lasts years and isn’t intended for the streets anyway. We’ll keep you informed.

In the meantime, as trite as it may sound, my only advice is – If you don’t want to be attacked, get out of the attack zone. This applies as much to poor Indian prostitutes as it does to silly, drunken ladettes who walk home in the dark, alone.

4 thoughts on “Sex and Self-Defence”