One is Not Born, But Rather Becomes, Gifted!

Home » One is Not Born, But Rather Becomes, Gifted! 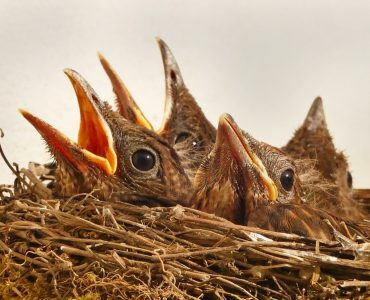 The whole ‘nature versus nurture’ debate is increasingly fought out in the field of education. In an interesting article called Nature, nurture and exam results, Mike Baker looks at the current state of play. Which is, that a child’s family background largely dictates their potential for academic success.

According to Professor Chris Woodhead – former controversial Chief Inspector of Schools in England – genetic inheritance plays the decisive factor. He has a swathe of anecdotal evidence on his side.

Yet others, coming at matters form a more policy-making agenda, want to play up the part of social class as a determinant.

However kids start off, “subsequent educational success is more likely to go to those with affluent, middle-class parents” says the article. Those nefarious suburbanites are at it again!

I have only a few points to make.

Intelligence is Not the Same as Academic Skill

The article, and most of those in the education sector, seem to equate the two. One would think that they had never heard of Multiple Intelligence Theory, probably the best theory in the world (in a Carlsbergian sense). Traditional academic skill in words and numbers is one way of expressing intelligence. There are others – bodily movement, personal interactions, attunement with nature, capacity for self-reflection, spatial awareness, and musical appreciation.

So the question is not whether you are intelligent, but in what way you express it. The education system in the UK has still not faced up to this liberating truth.

In my opinion, monkeys can be taught to pass exams. It’s not the big deal we were told it was.

The world seems increasingly full of academically smart people (i.e. university graduates) who aren’t making much of their lives. They don’t know what they want, they aren’t interested in self-improvement, they work for money and nothing more. The averagely bright person with enthusiasm will always ace the smart person who can’t be bothered trying or who fades out at the first setback.

And the twist is, this very ability to motivate yourself is in itself a form of intelligence! (Emotional intelligence writers call motivation “the master aptitude” for a good reason.) So perhaps that supposedly ‘average but optimistic’ kid isn’t so average after all.

The great thing is that you can learn this optimism. You can grow your own self-motivation skills. You can teach yourself to be resilient when the chips seem down.

You can become gifted.