Home » Not The Apprentice?! 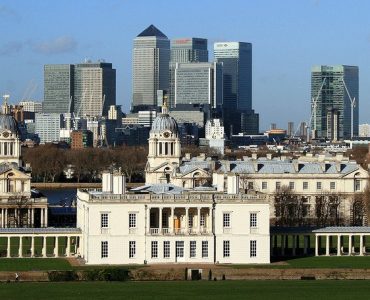 Every year, we sit down to be entertained by The Apprentice candidates’ overstuffed personal introduction videos. This is my advice to the candidates having watched episodes 1 and 2.

Learn the difference between an adjective and a verb

Anyone else feeling deflated that the decline of the English language is no longer the fault of the hoodie-wearing, mobile-addicted school dropouts of urban legend? No it ‘s all down to the BBC ‘s The Apprentice candidates. From their pompous self-introductions and taxi rants to their post-task analysis, I ‘m not sure I ‘d trust any one of them to tweet for one of our clients, let alone decide how to spend £100,000! Did this escape the notice of the selection panel? I ‘d have slotted in an interview task requiring candidates to construct an elevator speech without using superlatives.

How will they manage to chair meetings, run presentations or write a business plan?

If you must talk in clich√©s, for pity ‘s sake, get them right!

This is classic Apprentice-speak. Cliches are either misquoted, embellished (badly) or mashed together to form an editor ‘s ultimate nightmare.

Try to avoid sexism when you ‘re pitching for a large investment, in which you ‘re judged by both a male and a female

The men part has been added in, I think, only after he heard himself aloud, and realized perhaps that it sounded at least a little creepy. As for Sarah, feminists up and down the country will have been pounding their fists into their cross-stitch, following a day spent floating decoratively around the office in their flattering twinsets after typing up the boss ‘ dictation.

Realise that your grandiose statements paint a picture of insanity

Honestly people, if an interviewee came out with this one, we ‘d be guffawing into our mid-afternoon soya mochas. I feel na√Øve have they been told what to say by a room full of comical teenage scriptwriters?

@thesensei is making me watch. I ‘m slurping another large mouthful of Earl Grey as I hide behind a protectively oversized mug. But, I ‘m also feeling somewhat Karren Bradyesque. The Apprentice is great for the ego of a hard-working micro-enterprise owner in this wee corner of Europe.

Thankfully the sea separates me from The Apprentice candidates. Otherwise, I ‘d appear mid-show, disguised as an English teacher and give them what for .

What makes you roar over your apple and tea? Do tell.