How to Stop Being Nice

Home » How to Stop Being Nice 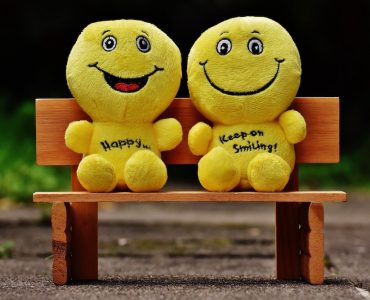 People don’t ask us how to stop being nice. But, when we dig down into the problems they’re having at work, or elsewhere, a lack of clear, direct, assertive communication is usually at the core.

Let’s think about it. Why is it that we’re all ever so nice? We’re taught to be nice from infancy. But, nice doesn’t get brought breakfast in bed. Nice doesn’t cut dead the jobsworth. Nice knows its place. Nice won’t assert its rights. Nice never challenges bad behaviour.

Needless to say, I’m not nice! That shocks people. But it shouldn’t. I really, really love breakfast in bed!

I read a shocking(!) book recently which reminded me that ‘nice’ isn’t the pinnacle of human development. Why am I especially fired up about this today?

Well, last night I attended a networking meeting where we were all too nice to tell people to keep the noise down shut up. It was a bit of a split personality networking meeting, in that people were offered the opportunity to avail of free beauty and health treatments before and during two talks from two awesome speakers. However, the noise levels from those determined to get a free treatment at the expense of missing the talks and ignoring requests to join the group were disrespectful and irritating for the speakers and infuriating for the listeners .

So, how do we get away from being ‘nice’?

Being nice will land you in a situation where those who claim to love you will let you get injured or unhealthy before they will step up to the plate and take on their legitimate responsibilities. You need to learn to take and stick to decisions that will nurture you. Others will learn that you need to be nurtured. It is not just as simple as this of course. Get your hands on any Assertiveness book. I thoroughly recommend Boundaries.

Flick Your Own Switch

Being nice will mean that you have no time to yourself. What flicks your switch? Learning? Reading? Tinkering? Shopping? Just hanging out in the back yard? Who gives you time for these things? If those around you don’t, then it’s time to say “No.” to more of those oh-so-reasonable requests than you have been.

Sometimes involving others in your hobbies will help them see how important they are to you. But, never neglect me-time. Walking along the beach is what fills my core back up again.

Being nice means that you always get asked to write that database at work, even though you’re not an IT person (been there, done that). When does it all stop? Perhaps only when you quit, or take stress-leave?! Learn to say “No.” without adding reasons. Yes, of course people will react badly; they’re usually aggressive bullies. However, you will become known as a person who knows their boundaries and won’t be pushed around. You need to ride the storm.

Someone Else’s Bad Reaction is Not Your Problem

Do not take it on your shoulders. Their lack of emotional control, as they react to your assertive communication, betrays a child who’s not yet matured, or a narcissist who can’t handle not being the centre of everyone’s universe. Avoid the sickening guilt sensation that settles somewhere below your rib-cage.

If they have a bad reaction because you refuse a request, this does not mean you should capitulate. It simply means they’re not used to not getting their own way. It’s a good lesson for adults to learn.

If you’re dead keen to learn the techniques, then contact us. We’re running a public Assertiveness workshop at QUB in the new year, however if you’d like to arrange some Assertiveness coaching for yourself, or a workshop for your colleagues or organisation, get in touch.