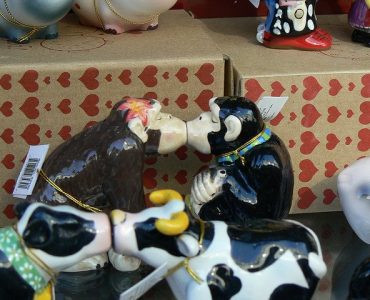 So before this week I thought there were two end-points when tacking depression. You could cure and defeat it ( ‘avoid ‘). Or admit that it would be with you always but try to set boundaries to it and manage it on a daily basis ( ‘marry ‘).

Now I think there might be a third option. You can embrace it and use it to your advantage ( ‘snog ‘).

I know that there have been books out there for a while now that have talked about ‘the depression advantage ‘ but I remained mildly cynical, mostly because of the pain I experience in my own depression, partly due to the unscientific nature of the arguments used to justify such an outlook.

Is depression a mental state that flows from personality?

A few insights have conspired to open my mind a little. The first is a growing sense that depression is a mental state that flows from my personality rather than environment or lifestyle. If this is so, not only would it be wrong to try and cure it, it would lack strategic value. My philosophy is that you use what you have to your advantage rather than waste time regretting it.

Also, I read an article about Winston Churchill which argued that his depressive moods where a reason why he was able to see the dangers of Hitler ‘s Germany more clearly than any other politician of his time. I have since learned that there is a perspective on depression called ‘depressive realism ‘ that argues this very point. It seems that depressives may be in the words of one academic article ‘sadder but wiser ‘.

BTW please don ‘t watch the TV show that inspired the title of this blog. It will really depress you! 😉