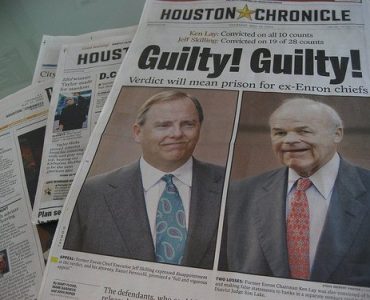 CSR? Another bandwagon that all us business owners have to jump on, large or small? I was listening to Radio 4’s You and Yours programme, on this very topic last week – listen here – and thinking about it a bit this weekend.

How does meeting pressurised targets balance with ensuring staff work in a healthy environment, they asked? Good question. The programme also mentioned the cash and cabbage “incentive” employed by one company. If you met your targets, you were awarded with cash, otherwise you were presented with a cabbage, in public. (Great for morale and loyalty, don’t you think? Treating colleagues as you would your valued customers!? Eh, no.)

CSR is a term referring to an organisation’s perceived obligation to all the stakeholders, even ones they aren’t aware of.


The programme asked an interesting question:

Who has to DO Corporate Social Responsibility?

It seems larger businesses have to do it, since there is more of a growing public expectation on them, than on smaller organisations.

Some of the big areas in the UK seem to be:

CSR claims to be new and radical. But, one of the radio panel commented that it concerns itself with more than a company acting by itself. It’s for all companies and organisations. For now, though, it’s the case that people can choose for themselves in some organisations. But, for others, bound by regulation, they can’t. Many have actual laws to abide by.

Does it just refer to ethical issues? Many of these regulations, or at least codes seem to be are driven by consumers and consumer groups.

But is CSR a rational response to the public’s demands, some driven by anti-business, political motivations? The panel was concerned by dictating that all businesses should act in the same way, in a way that would not be good for business in the long run.

Those on the side of CSR advocated that there should be a set of principles established for public owned businesses, to keep them accountable. But these principles should also be good for business.

Or is it all just a PR exercise?

In my humble opinion, CSR is here to stay. And, not only CSR, but regulation. Why are laws invented, if not to deal with those who do and will continue to break them? Why are principles enforced, if not to make people conform to good practice?

Having had experience with organisations who have to abide by regulations and codes, some voluntary, some not, I’m of the firm opinion that we should have them. Not all organisations would pay staff a fair, liveable wage, just because it’s a good thing to do. Would most, even?

If there were no laws of public order, would all of us keep the generally and loosely accepted standards of good conduct? Of course not.

Regulation is here to stay. I for one applaud it, when it is based on two principles:

It has to be about more than box-ticking.