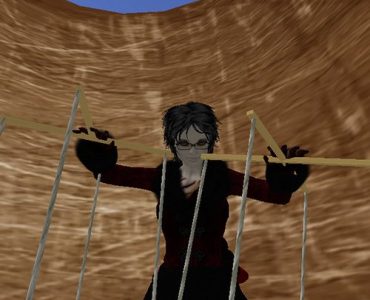 Are you controlling the communication around you? See how many yeses you can answer to the following questions. Be careful of drawing misleading conclusions. Do not take one Yes and interpret this as indicating you have a controlling personality. Take clusters of Yeses. And, take them in context.

Do people have to tiptoe around you?

You feel left out? That is correct, you are being left out of the loop because people need to protect themselves from you. They’d be delighted to hear, if only once, “oh, that’s interesting”, “well done you”, or “wow, you’ve really thought about and planned for this, haven’t you?”. Anything that validates their right as an individual to have a different life, plans, opinions, morals, and thoughts to you.

You think you’re winning, but you’re losing out on intimacy.

This is not Depression. I’m talking about unpredictability and unease and anxiety that others feel around you, as they have no idea how, when or what you will react badly to.

Their good news and plans make you feel threatened, useless, like a spare part.

Unsaid and unresolved hurts surface at the unlikeliest of times, leaving those around you wondering: “Where did that come from?”.

Even when there may be a genuine, or at least understandable, reason for you to react badly to something, your reactions seem particularly over the top. Are people afraid of you physically? Do they wonder when you will take that piece of furniture and hit them with it, instead of just pounding on it? Does your menace take the form of hidden manipulation of others in your circle, to the detriment of the one you want to hurt?

Your nice, friendly, good days are likely to be wiped out by one bad, or extreme, episode of moodiness. If you frighten or threaten someone, or threaten to hurt yourself, or swear never or always to [insert dramatic statement], the good is forgotten – instantly. People are afraid. And, further good, welcoming, friendly, or supportive comments are likely to be seen through that veil. People will be suspicious, in order to protect themselves.

You think you’re winning, but you’re losing out on honesty.

Do you have a temper?

Can you accept “No”?

Do you permit other people the right to disagree with you, or say “no”?

If you can’t accept someone’s “no”, you’re a bully. This is not the same as having a discussion, even a heated one, about an issue. What I’m talking about is manipulating that person’s “no”, by constant whining, criticism, berating, laughing, sneering… until it becomes a “yes”. For, everything must be just as you please.
Your victim may eventually succumb to only making decisions they know you’ll approve of, or not making any decisions at all. Then, you have them exactly where you want them.
You think you’re winning, having everything your way? In fact, you’re losing grip of reality.

How do you react in mundane conversations?

Do you expect people to read your mind? They must already know how you feel, what you want, where to go, what to decide. After all, everything is about you, isn’t it?

You think you’re in control of the motivations and decisions of others? You’re not; you’re losing respect.

What happens when someone wants to do their own thing?

Maybe you need to go and get your own life. That way, you’d have less time for the grinding self-pity, and spoiling of others’ enjoyment. Who knows, maybe you’d even meet new friends with whom to enjoy your new interests?
You’re losing the opportunity to share your life with others. Because you can’t share them.

Really, you want to reshape them, like a potter and his clay

Let me light a fire under your ass. You’re the common denominator in all your failed relationships.

Not only are you losing. You’re a loser.

Do you ever give compliments?

No, is the correct answer.

That would be to agree with someone, to praise someone’s effort, decision, character, appearance or achievement. Instead, your criticise and pick faults. They may even return a piece of clothing or pair of shoes (a very personal choice for many of us) because you don’t like it. They may choose not to share a recent purchase with those whose opinion matters to them, because you berate their enthusiasm. And, all evidence of personality or enthusiasm must be quashed, yeh? You must break them…

Perhaps you do compliment people, but offer it up back-handed, through someone else, or with a barb attached. So, it’s not really a compliment at all. You wouldn’t want that person to feel good about themselves, now, would you?

After all, your goal is to keep them down, mould their personality, siphon off their self-esteem, so you can grow larger as you become their master. Is the ultimate aim that they become your clone? Talk like you? Criticise like you? Rage like you?

But, all is not lost yet.

You are the common denominator, and it is you who must change. If you need help in this area, if you seem to be losing all the time, get in touch. We will be able to point you in the direction of some agencies who offer therapy and counselling.