Can You Learn Emotional Intelligence?

Home » Can You Learn Emotional Intelligence? 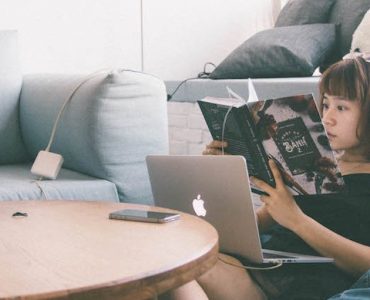 Either you ‘re smart or you ‘re not.

That ‘s how most people think. You are born with a certain brain and, like your height or the colour of your eyes, there isn ‘t much that you can do about it. You can study, read, and practice. But your potential peak is already set by your DNA, and you can’t alter that, outside of science-fiction anyway.

Well, actually, you can. There is a great deal you can do. Especially in the realm of emotional intelligence, or those capacities you have to understand and manager our own emotions, and those of others. This is important for two reasons. After a score of 120, IQ ceases to be a factor in success, especially in leadership. And success in the workplace is about 20% dependent on IQ; EQ is the largest other (but not only other) factor.

Psychologist Robert Sternberg found that there were three types of intelligence: analytic, creative and practical. Only the first is linked to academic prowess. Educationalist Howard Gardener proposed eight intelligences, two of which are intrapersonal and interpersonal intelligence, the essence of EI. Everyone has gifts; everyone can become gifted.

Some models of EI view it as a set of traits, located at the lower levels of personality. But the most experts understand EI as a set of abilities. These abilities show themselves in our behaviour, as we adapt to different situations and solve various problems. Motivation and empathy, and especially the social and communication skills, are habits we can master with training and practice, lots of practice, approximately 10.000 hours of it!

Carol Dweck has popularised the idea that there are two mindsets fixed and growth and that these two mindsets determine success in different areas, including learning. Someone with a fixed mindset want to be told they ‘re smart, that smartness is an ability, and they they either have it or don ‘t. A growth mindset person believes that smartness depends on effort and attitude, and that they can learn whatever they want.

Science is providing evidence that the brain isn ‘t static but rather malleable, that is, able to continually changing in response to new information and experiences. This concept is called neuroplasticity, and applies also to intelligence. Even capabilities normally associated with IQ such as reasoning and memory can shift over time and with training.

Ah yes, “with training.” That’s where we come in. The Sensei team train and coach on all these areas, and have done so since our start. We’ve helped people in workplaces, universities, and schools learn emotional intelligence. And we love to work with you too. In the mean time, if you want your brain expanded a little, try juggling or comedy, maybe at the same time!

2 thoughts on “Can You Learn Emotional Intelligence?”