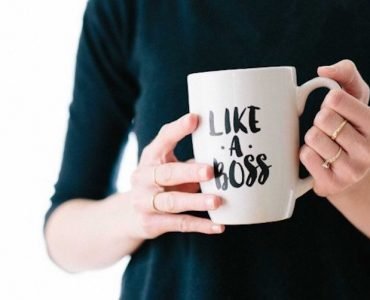 Assertive leadership is often identified as the one skill leaders need to work on. Not only is it an important trait in itself, enabling leaders to communicate effectively and maintain boundaries. Assertiveness also serves as a magnifier of many other leadership strengths. For example, assertive leaders are more likely to embrace innovation, foster collaboration and act with integrity.

A few studies have researched the relationship between assertiveness and leadership in a scientific way. These are:

What they found is that there is both a negative and a positive link between assertiveness and leadership, depending on the quantity of the assertiveness. Too much or too little assertiveness is detrimental to leadership. But the right amount of assertiveness, while largely unnoticed in itself, serves as a platform for other leadership traits. Assertiveness has a curvilinear, or inverted-U-shaped relationship with leadership effectiveness, rather than a linear one in which they are always directly proportional.

When leaders get assertiveness wrong, it’s glaring and obvious, but when they get it right, it seems to disappear. We say it’s like salt in a sauce: when there’s too much or too little, it’s hard to notice anything else, but when it’s just right, you notice the other flavors. No one compliments a sauce for being perfectly salted, and it’s just as unusual for a leader’s perfect touch with assertiveness to attract much notice.

By the way, it’s the same with charisma in leadership – too much charisma can make leaders look less effective, just like too little!

It turn out that people want to follow calm, assertive leaders. Both parts of the equation are important. From a biological viewpoint, assertiveness is related high levels of testosterone, while the calmness is related to low levels of cortisol. These might seem like a contradictory emotions. One way of bringing them together is by adopting the right physical posture, sometimes called a power pose. Research has shown that:

Posing in displays of power caused advantaged and adaptive psychological, physiological, and behavioral changes, and these findings suggest that embodiment extends beyond mere thinking and feeling, to physiology and subsequent behavioral choices. That a person can, by assuming two simple 1-min poses, embody power and instantly become more powerful has real-world, actionable implications.

To find out what these poses are, scientists have studied the body language of alphas, or leaders, both in the animal and human realms. Watch this TED Talk by Amy Cuddy to find out more. Or speak to us about training and coaching on body language. You might also want to read one of our 14 blog posts on assertive communication. And discover how Bully Karma can help you unleash assertiveness on the workplace bully!