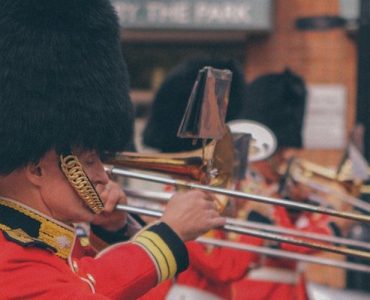 Assertiveness is the skill of direct, open communication. There is a psychological side of assertiveness that focuses on our emotional detachment and self-management. And there are a set of specific assertiveness techniques that help you to act assertively in difficult situations. But, between these two, there is a list of small, everyday ways in which you can practice assertive body language, often without saying a word.

Under normal circumstances, its best to make more eye contact when listening and less when talking. Unbroken eye contact tends to creep people out a little and is interpreted by our body as an act of aggression. No eye contact means either that you aren ‘t interested in the person or that you fear them. Increase the length of eye contact to increase your level of assertiveness. If this feels too aggressive, tilting your head slightly deflects it.

We usually move a little when relaxed. Too much makes us look nervous; too little, bored. But being able to refrain from shifting is a sign of both control and trustworthiness. So, no fiddling with pens jiggling with jewellery if you want to appear assertive!

In a standing position, a confident person doesn ‘t mind being seen. They will not shrivel up in order to take up as little space or warrant as little notice as possible. Assertive poses include placing your hands on your hips and moving your feet a little further apart.

Whether standing or sitting, a straight back is good for your posture and good for your assertiveness. Your lungs will have an easier time filling up with air, and so your breathing will remain calm and regulated. A slouching person looks like a weary, burdened, defeated person.

The act of lifting your chin from your chest and your eyes from the ground is an act of self-confidence. It is so both as a cause and as an effect. Doing is a sign that you are confidence, and doing it is a way of making yourself feel confident. Psychologists call this the Facial Feedback Hypothesis.

Moving closer toward a subject is a sign of focus. It means you ‘re really listening closely and paying attention. It ‘s also a sign that you don ‘t fear them. In social situations, people don ‘t move nearer to things that they consider dangerous; they move further away (flight), or don ‘t move at all (freeze).

You might have a soft voice, like me. Aggressive people take advantage of this by talking over you. It is easier to miss the words and meaning of someone who talks quietly. In fact, it is easy to bypass them altogether and dismiss whatever they are saying. Yes, content should be the most important thing, but if no one can hear you, it ‘s time to raise your volume as a way of saying, I ‘m here! Listen to me!

Talking quickly can mean that you have a lot to say, that you believe time is short or that you are a quick thinker. It depends on the context, like all of body language analysis. But, when combined with a soft voice and passive overall stance, it can be yet another way of trying to take up as little space as possible. Talking with a slower, more deliberate and definite pace, is another way of signalling your presence, and setting the trend instead of reacting to others.

One of the most powerful assertiveness techniques is simply saying No and giving no further explanation or excuse. A physical equivalent of this is turning around and continuing with what you were doing. An aggressive person wants the debate to persist so they can bully you or demand reasons why you won ‘t do what they want. By shifting the direction of your body away from them, you ‘re saying, This discussion is over. I ‘ve said my piece. Now I ‘m moving on, regardless of what you do.

Placing your palm out in front of you is a very clever and assertive act. It is a sign that says, stop, don ‘t go any further. It also says, calm down, I ‘m in control here. And, finally, it places a visible barrier or ‘fence ‘ around you, symbolic of an invisible mark of what is your business and what is theirs. It says, in the opening words of the Gestalt Prayer, I do my thing and you do your thing.

Insisting that you must have the final word with a bully or idiot is often a waste of your time. It ‘s better for you if you just walk away. This isn ‘t an act of cowardice; it ‘s an act of control. And it applies to online discussions, workplace situations and even abusive relationships as much as any single conversation.

If you want to learn more about assertive body language, read this blog on How to Be Brave or contact us to set up one-to-one or online coaching sessions.