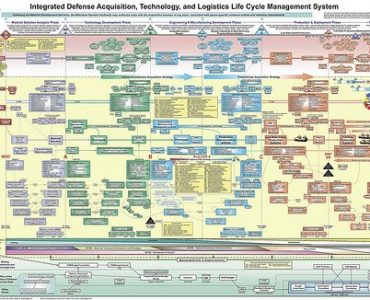 According to BBC news, There ‘s a new political party in Switzerland and its sole aim is to have the PowerPoint presentation outlawed.

Actually, no, it isn’t. Its real aim is to make a bit of money from it.

According to Anti PowerPoint Party ‘s website, the nefarious MS presentation software costs the Swiss economy $2.5 billion (US) annually in wasted time and miscommunication. So from this perspective the party ‘s political cause is one of economic efficiency and business development.

But there is more to it that that. The Anti PowerPoint Party ‘s founder and president Matthias Poehm is a public speaking trainer with a business and a book on the subject to promote. Forming his party has gained him international publicity on his specialist subject. And all for the relatively minor cost of registering his party with the relevant authorities. Once the word was out, those kindly media people did the rest. Nice.

I like to think of this as The Die Hard Strategy using politics for the sake of business. In the first and third films of the same name, two brothers posed as political terrorists while they tried to steal vast amounts of money for supposedly idealistic reasons. In fact, the political posturing was bogus. They just wanted the cash, thanks very much. Who wouldn’t?

The inner evil genius in me appreciates this tactic. It constitutes a fresh twist and turnaround in the usual plot-line, the real-life one where politicians use the economy to further their own personal and party power-base. But, as my favorite films critic Mark Kermode would put it, “here ‘s the thing”.

Politics does not produce or create value. Business does that. They need us more than we need them. They exist for us, not us for them. So let ‘s use them for what they can do for us. Let ‘s employ politics as part of our marketing strategy. Maybe then politics can find a sufficient reason to exist.

So ask yourself this. If you had to form a single-issue political party in order to promote your business interests, what would it be?

Here at Sensei, one of our services is to provide training is business writing as well as write, edit and proofread all types of business documentation. We ‘re so passionate about good writing that we have even formed our own professional writer ‘s network called ScribeTribe. We support the Clear English Campaign and hate jargon.

So maybe we could form a party called the Anti Business Speak Party (or the Anti BS Party!). After all, according to the BBC again, spelling mistakes cost millions in lost online sales. Workplace jargon ‘isolates staff’ according to Investors in People. There are many good reasons to avoid business jargon and acronyms in communications.

So come on, comrades. Put on your cloth caps and think of how you could use politics to advance the cause of your beloved business.